Friday, June 29, 2012, began like most other summer mornings, with a 6 a.m. glance at the ON4KST website to check 6m conditions before my morning bike ride. The ride would have to wait today….Europe was being reported in the PNW! A quick dash to the shack found Joe, CT1HZE, and a few others, CQing on CW. For the next five hours, the band remained open to ‘somewhere’ in Europe, with signals coming and going….. wave after wave. As the sporadic-E clouds continually shifted alignment, individual signals rarely lasted for more than thirty to forty seconds and contacts were short and fast. All QSO’s were on CW except for a short exchange again with CT1HZE, when his loud signal suddenly appeared on 50.110 SSB! The previous day, I had jokingly remarked to Ralph (VE7XF) that my re-tallied 6m DXCC total was now at 77 worked and that I probably wouldn’t live long enough to work 100…..Ralph told me to eat more vitamins. I may need those vitamins yet, but the day ended with 7 new countries worked and a significantly shortened climb to the long-sought DXCC. With 31 QSO’s in the log (DL, F, SP, CT, ON, GM, IT, LZ, SV, LY, EI, G, S5, I, EA8) it was truly another great day on the Magic Band and, as the 6m QSO map shows below, one never to be forgotten!
From VE7SL website 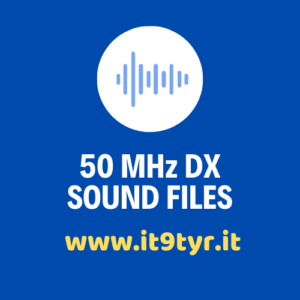 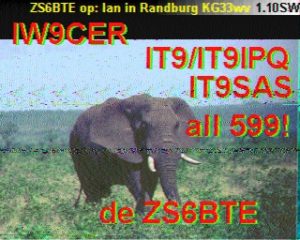 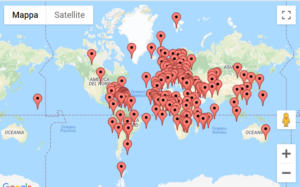